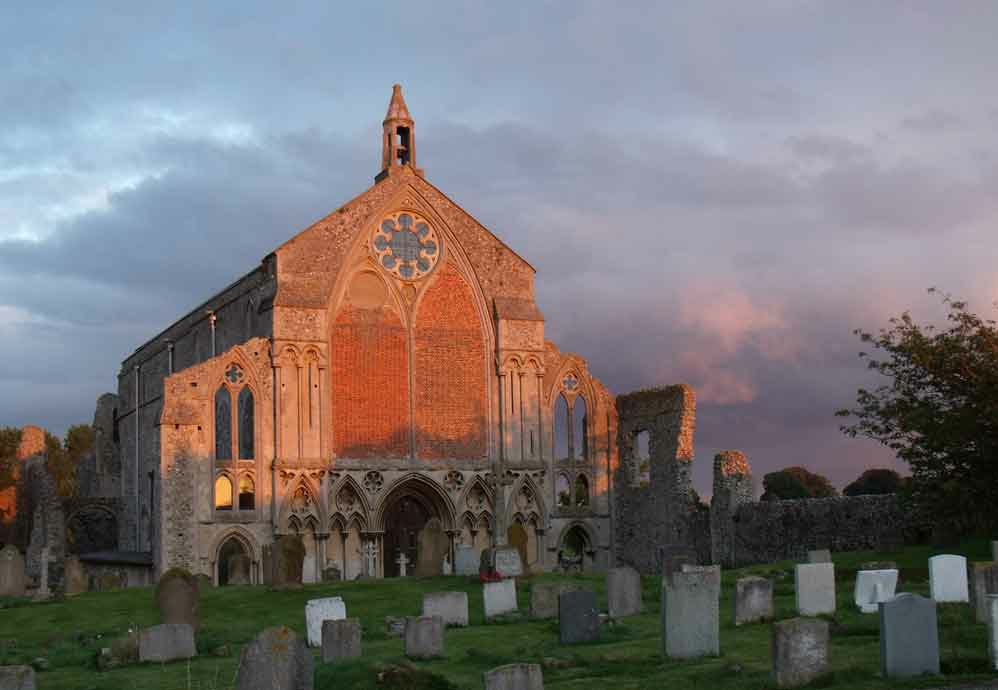 The Benedictine priory at Binham was founded in 1091 by Peter de Valoines - a nephew of William the Conqueror - and today remains one of the best preserved set of monastic ruins found anywhere in eastern England.

In the early thirteenth century the main priory church was rebuilt on a monumental scale. This saw the creation of the elaborate West Front and the great west window. The window was of a revolutionary design, and the very first example of the use of 'bar tracery' in England. It was the forerunner to some of the most important architectural designs in the country, and predates the better known examples at sites such as Westminster Abbey and Lincoln Cathedral. In terms of medieval architectural history, the West Front at Binham Priory is nationally significant.

During the reformation in the sixteenth century the priory was dissolved by Henry VIII, and most of the precinct was demolished, with the building material sold off to the highest bidder. However, the nave of the priory was saved, to be used by the villagers as their parish church - which it continues to be to this very day.

By the late eighteenth century the nave was in a very poor state of repair, and the great west window showed signs of imminent failure. As a result the window was bricked up in stages, leaving the great wall of red brick that we see today.

Very few images of the West Front survive from before the bricking up, and those that do exist tend to contradict each other. As a result there has been a long-standing debate as to what the original design of the revolutionary west window actually looked like.

In 2010 we made a remarkable discovery at the site. During a survey looking for early graffiti we found a whole series of large-scale architectural designs etched in to the walls of the nave itself. These turned out to be some of the working drawings of the thirteenth century master-mason, and related to the building of the great west window. By using these original designs, and a combination of archaeological evidence, it is finally possible to recreate how the West Front at Binham would have looked shortly after it was first built. 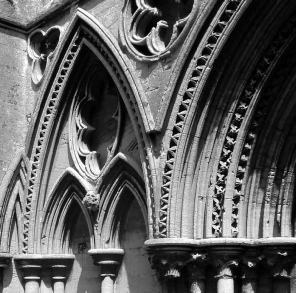